How To Tie A Shemagh

The Shemagh (pronounced “Schmog”) is a scarf-style wrap commonly found in arid regions to provide protection from direct sun exposure, as well to protect the mouth and eyes from blown dust and sand. It’s similar to a bandanna except much larger – approximately 42″ x 42″. It has been adopted by military forces all over the world as a standard issue garment because of its sheer functionality.

For an outdoors-man, survivalist or bushcrafter, the Shemagh can be a multi-use tool with literally 100’s of uses. I have an great post in the pipeline about the all of the possible uses. However, this post is simply a quick tutorial in how to tie a Shemagh as a face mask / head wrap. This is a very functional use in all kinds of environments. As you can see, with the right pattern, the Shemagh can work as some effective camo as well. Using it as shown below is great for dusty/sandy environments. I went on a trip to the Sand Dunes in Michigan not too long ago and my Shemagh was invaluable! I’ve also used it countless times this winter for face and head protection. You’ve probably seen it in some of my videos.

I’m sure there are other ways to tie this as a face mask, but below is the way I do it. There is also a video at the bottom. 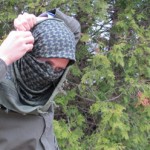 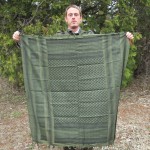 How to Tie a Shemagh: STEP 1: Start with it open in a full Square. 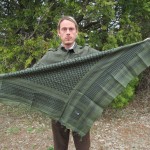 How to Tie a Shemagh: STEP 2: Fold it in half to form a triangle. 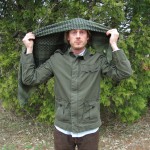 How to Tie a Shemagh: STEP 3: Choose a 3/4s point along the folded edge and hold it to your forehead like you are going to tie it bandana style. 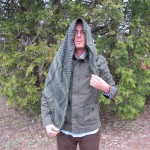 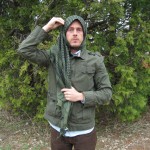 How to Tie a Shemagh: STEP 5: Take the shorter end and pull in under your chin and up toward the back of your head. 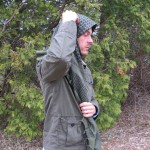 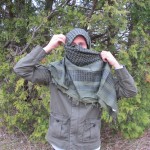 How to Tie a Shemagh: STEP 6: Take the longer side and pull it across your face. 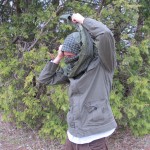 How to Tie a Shemagh: STEP 7: Then wrap it up over your head toward the other end on the opposite side. 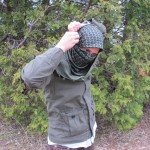 How to Tie a Shemagh: STEP 8: Tie the 2 ends together using 2 overhand knots. 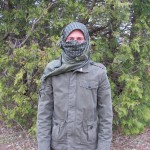 How to Tie a Shemagh: STEP 9: Adjust as necessary.

This green/black pattern makes for awesome CAMO. I also own a tan/white color scheme that makes for perfect winter CAMO as well.

If you like the Shemagh, definitely subscribe to the blog below because you don’t want to miss my upcoming post about the MANY SURVIVAL USES FOR THE SHEMAGH.

Here is an interesting Military History about the Shemagh I found on Wikipedia:

For decades, keffiyeh have been issued to British soldiers who now, almost exclusively, refer to them as shemaghs. Their use by some units and formations of the military and police forces of the former British Empire and subsequent Commonwealth dates back to before the Second World War. Because of its utility it was adopted by the Palestine Police Force, the Transjordan Frontier Force, the Sudan Defence Force, the Arab Legion, the Libyan Arab Force, the Long Range Desert Group, the Special Air Service and Popski’s Private Army, amongst others, who wore them while operating in North Africa. After the war, their use by the Army continued with the shemagh being worn in both desert and temperate environments in theatres such as Dhofar. Australian Army forces have also used the shemagh since the Vietnam War, and extensively during Iraq and Afghanistan, particularly by Australian Special Forces units. Since the beginning of the War on Terror, these keffiyeh, usually cotton and in military olive drab or khaki with black stitching, have been adopted by US troops as well. Their practicality in an arid environment, as in Iraq, explains their enduring popularity with soldiers. Soldiers often wear the keffiyeh folded in half into a triangle and wrapped around the face, with the halfway point being placed over the mouth and nose, sometimes coupled with goggles, to keep sand out of the face. This is also commonly done by armoured, mechanised and other vehicle-borne troops who use it as a scarf in temperate climates to ward off wind chill caused by being in moving vehicles. British soldiers deploying to Iraq or Afghanistan are now issued with a tan-colored shemagh. Irish Army Rangers use a green shemagh to conceal their identity whilst in the “green” role. 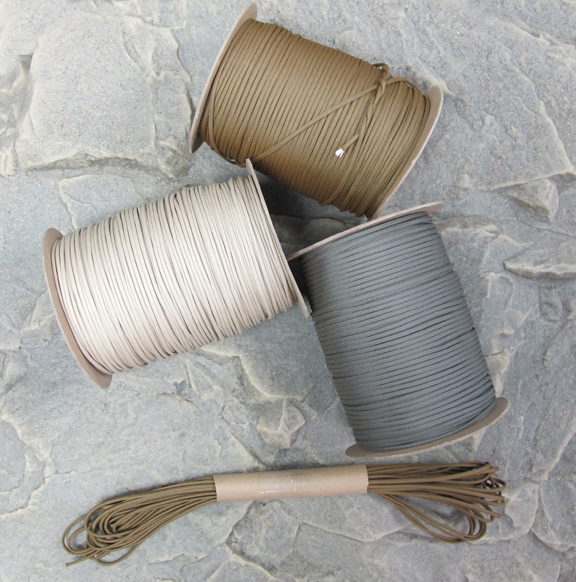 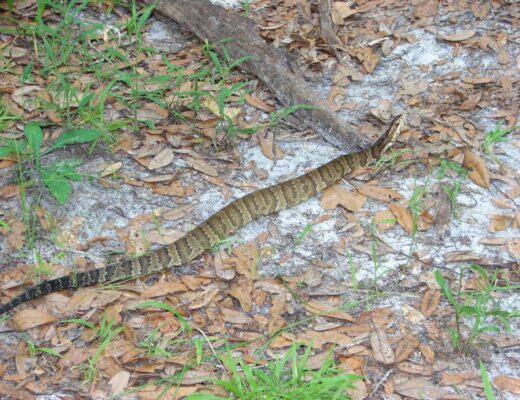