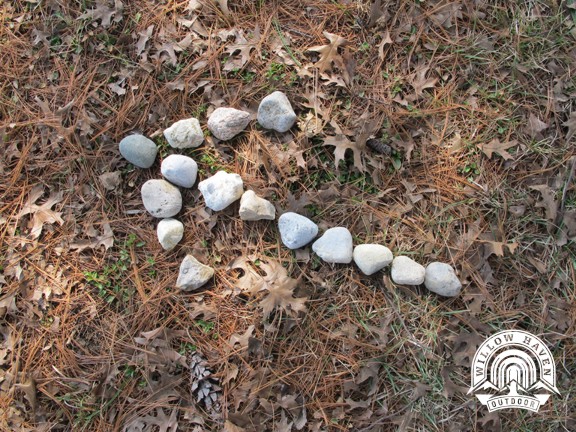 I’m sure most of you have seen the recent television trailer promoting the Hollywood blockbuster remake of the famous Hansel & Gretel fairy tale    It reminds me of a very simple but important survival strategy if you ever find yourself lost in the woods.

We all know how the story goes.  In an attempt to not get lost in the woods, Hansel & Gretel leave a trail of breadcrumbs so they can retrace their path back home.  It was a great idea, but poorly executed.  Hungry birds gobble up the breadcrumb trail-markers and Hansel & Gretel end up completely lost.  Fortunately, this fairytale has a happy ending.  Unfortunately, many similar real-life stories of people getting lost in the woods don’t end so well.

There are many accounts each and every year about people just like you and me who get lost in the woods.  Whether on a day-hike in a national park or a remote hunting trip, it’s easy to get turned around in unfamiliar territory.  Oftentimes, panic and fear lead to poor decisions that further complicate these sudden survival scenarios.  I remember a story not too long ago of a family traveling a remote road while on vacation.  Their car became stuck in deep snow and they were stranded on a road in the middle of the woods for 9 days.  Out of gas and desperate for rescue, the father decided to leave the vehicle and try to find help.  As he traveled away from the car, he didn’t think to leave a trail of ‘breadcrumbs’ for a potential rescue crew to see and/or follow or for himself to use to find his way back to the car.  After he left, a rescue helicopter finally spotted the car and saved the mother and small children.  Because the father left no signs of travel, they were not able to quickly locate him.  When they did, a day or so later, he had died of hypothermia deep in the woods.  A few very simple survival techniques could have prevented this tragic outcome.  Surprisingly, many people make similar mistakes when lost.

You should always tell someone where you’re headed and when to expect you back before you embark on any adventure.  Remember the story of Aron Ralston who’s real-life survival story inspired the hit movie 127 HOURS?  His arm became trapped by a rock in a canyon while hiking.  He didn’t tell anyone where he was headed or when to expect him back.  This mistake left him with 2 options: cut his own arm off or die.  Give yourself more options!

If you realize you’re lost, the general rule of thumb is to STAY PUT.  Soon enough, rescue crews will begin search efforts.  Survival statistics prove time and time again that a moving target is harder to find than one that’s sitting still.  Traveling increases the survival risk on many levels.  First, you can become even more lost.  Second, traveling increases your risk of injury.  It also agitates existing wounds.  Lastly, traveling consumes more life-saving energy and resources such as water.

Sometimes, though, staying put may not be your best option.  You may have to travel to secure survival resources such as water or shelter.  If you must travel, learn an important lesson from Hansel & Gretel.

Many rescue crews consist of volunteers.  These people may be members of the community, friends and family.  They are not expert trackers.  Don’t force them to look for your footprints or little broken leaves and branches to follow your trail.  If you decide to travel, always leave very clear and obvious trail-markers that indicate both where you’ve been and where you’re headed.

Shredded bandanna or t-shirt tied to branch along path traveled

Wilderness survival isn’t complicated.  Sometimes it’s the simple things that can save your life.  It’s easy to let fear, panic and the thought of a night under the stars get in the way of good old common sense.  Stop, breath, remember the basics and maybe even lull yourself to sleep with your favorite fairy tale.  If you follow these steps, rescue won’t be far behind.

Fat Guys in the Woods Knife?