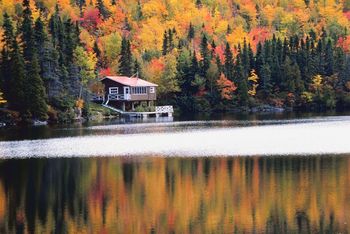 If you study survival at all then you’ve heard the phrase “Bug Out”. This post is designed to define all aspects of what it means to “Bug Out”. First, the phrase itself. “Bug Out” is a phrase that comes from the idea of bailing out of a situation. To ‘bug out’ means that you leave your current position (typically your home) and retreat to somewhere else in the case of an emergency or disaster. A disaster can be any number of things. It can be a natural disaster such as when Hurricane Katrina struck New Orleans or it can be the threat of a Nulear Bomb and anything in between. Whatever the cause, ‘bugging out’ means that you feel your survival is threatened if you stay where you are at and you feel it is in you and your family’s best interest if you leave and go somewhere else.

– Where you are going
– How you are getting there – several alternate routes
– What are you driving
– Preprepping your Bug Out Location with supplies/fuel/power/etc…
– What supplies are you taking
– Turning off utilities such as water/electric/gas/phone, etc…
– Securing your home
– Securing valuables/family photos

This is not a complete list but it covers many of the major areas to consider.

A bug out bag, also known as a 72-hour kit, a battle box, or a grab bag, is a kit that is filled to the brim with everything a person needs to survive for three full days. The supplies found in a bug out bag are meant for short-term existence during an evacuation situation, not for long-term survival. Since the amount of equipment you can carry on your back is limited, a kit to last you 72 hours is a good place to start, even though many people prepare a kit that could last them much longer than this. Here are the essential categories of items that need to be covered with your BOB:

Detailing each of these categories can be a lengthy post in itself and I will do this over time. In my BOB I have at least 2-3 options for each of those categories. For example, with FIRE, I carry 2 lighters, a fire-steel and waterproof matches in my BOB. For shelter, I carry a tarp as well as a small 2 man tent. For water, I carry 3 liters of water as well as a water purification system and water purification tablets. I am big fan of redundancy.

A Bug Out Vehicle is your predetermined and pre-equipped means of transport to your Bug Out Location. Theoretically, this can range from a 4-wheeler to a horse and different people have very strong opinions about their personal BOV. Many people don’t have the extra cash to have a dedicated BOV and this is totally understandable. However, if you do not have a dedicated BOV, I do think Bugging Out should be considered when purchasing your ‘every day driver’. In my opinion, a Bug Out Vehicle must have certain characteristics and I have already detailed those in this post.

Bug Out Location: Your Emergency Retreat

A Bug Our Location is your predetermined destination in the event that a disaster or emergency requires you to ‘Bug Out’. BOLs are typically in remote areas – not within city limits and at least 1 full gas tank away from the nearest large city. BOLs are typically prepped with supplies in advance. A BOL would preferably have plenty of water, tillable land and be easy to defend. It should also be away from any major roads and highways. Some survival enthusiasts have a 2nd home as their BOL and have it set up to be pretty self-sufficient. Other survival preppers have made arrangements to stay with friends or family who live in the country in the event they need to Bug Out. I have even heard extreme survivalists say their Bug Out Destination is directly into the mountains and wilderness. Needless to say, the BOL deserves a detailed post of its own. There are so many factors to consider when choosing, building, or stocking a BOL.

Many people scoff at the idea of putting together a BOP, BOB, BOV or choosing a BOL. The fact is that Bug Out Scenarios do exist in our modern world. Most recently, New Orleans was flooded by Hurricane Katrina and 1000’s of people found themselves forced out of their homes with very little warning, no supplies and no where to go. A break-out of rioting, looting and plundering combined with a complete collapse of infrastructure made for an incredibly dangerous situation. Citizens found themselves having to defend their homes and families from looters and criminals who were taking advantage of the insufficient presence of law enforcement officers. Just having 1 of the 4 Bug Out Elements in place would have been a HUGE advantage for many of those people. Other such examples of natural and war-time examples exist all over the world. There is a very thin line in this world between order and chaos.

The Bug Out concept is not new. The US Government has had Bug Out Plans for decades with countless preparations. They have BOLs in place for Congress in the case of Nuclear War. It is a way to ensure what is called Continuity of Government. This is an interesting subject. For more reading about this you can start with the 2 links below and do your own research from there:

I hope you’ve enjoyed this brief post describing the basic concept of Bugging Out. I have much more detailed posts on each of the Bug Out Elements in the pipe-line. We also offer a 2 Day Course called Buggin’ Out at the WHO School if you are serious about putting together your Bug Out Plan. Check our Course Schedule for more information.

That’s it for now.

How to make a Wooden Mallet for Bushcraft & Survival