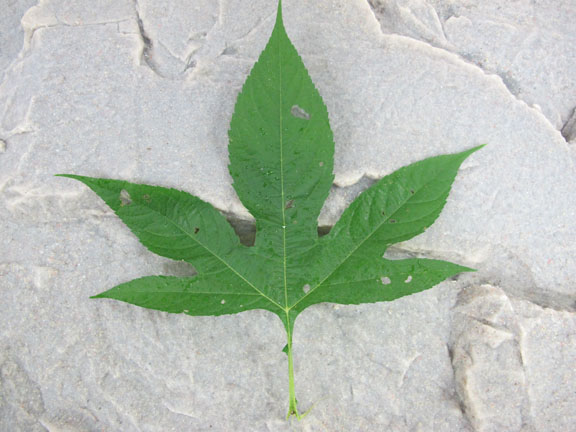 My Mom’s parents lived in Kentucky.  Some of my favorite childhood memories are going to Grandma and Grandpa Tucky’s.  My Grandpa’s name was Owen Coy.  Long story short, he was the ‘real deal’ when it came to wilderness knowledge.  Even though I was young, I picked up some of my best wilderness tips from Grandpa Tucky.  Whether it be gathering medicinal plants or smoking deer meat in the smoke house, there was always a lesson to be learned if I listened and watched closely.  I’ve held on to most of these tips my whole life and regularly use some of them while in the woods and teaching to this day.

I am going to share with you what I consider to be one of the coolest wilderness SECRETS that he showed me.  I’ve never to this day met someone who knows this SECRET.  So I hope you feel special.

The SECRET is the where to find the best live fishing bait that Mother Nature provides.  Whether fishing for pleasure, sport or survival…if you fish with live bait your life will never be the same again.

The story begins with a plant.  That plant it called Giant Ragweed – Ambrosia trifida.  Giant Ragweed is a member of the sunflower family.  My Grandpa called it Horse Weed.  It can be a huge weed – growing 8 to 10 feet tall.  It grows in most of the US along roadsides and wastelands.  You’ve probably seen it even if you don’t know what it is.  Below are a few photos:

Caches of Giant Ragweed seeds have been found in Native American areas out West which tells us that the Giant Ragweed was of some kind of importance to primitive peoples – though we don’t know exactly.  Some suspect maybe arrow shafts, other suggest maybe some kind of food value but no one really knows for sure.  Who knows, maybe it was because of the secret I am about to reveal to you.

I have successfully used the dried stalk of giant ragweed as a Bow Drill Spindle on several occasions once it has dried hard in the fall.

Once you have identified the Giant Ragweed plant.  You will want to narrow your search to the bottom 12-18 inches of the stalk.  This is where this SECRET LIVE BAIT resides.  If you didn’t know it you would never see it.  On many (not all) of the Giant Ragweed plants you will notice a deformity in the lower portion of the stalk – a swollen area is the best way to describe it.

This swollen area is NOT a normal feature of the Giant Ragweed plant.  Typically, their stems are very straight and even.  However, this is what you are looking for.  Residing inside of this swollen area is the best live fish bait you can find.  Simply take your knife and shave off the outside layer of that swollen hump and look for the treasure inside…

My Grandpa called these Horse Weed Worms.  They aren’t a worm, though.  They are some kind of larvae – probably for a butterfly or moth.  They are typically pretty big – upwards of 2 inches long and are as juicy as they can be.  FISH LOVE THEM!  Their skin is really tough which makes them a great candidates for live bait.  I’ve had the most success finding them in Mid to Late summer.  Sometime you will find an empty nest.  I think they feed on the inside pith of the Giant Ragweed.  I’ve seen some burrows go all the way up a stalk.

I see you in there!

Use these grubs to catch some GRUB.

The secret is OUT.

So there you have it – one of my best kept survival secrets – HORSE WEED WORMS.  Tuck this one away – you never know when you might need it.  I’ve posted a short video below where I do a quick run through on how identify and cut open the swollen areas on the stalk.